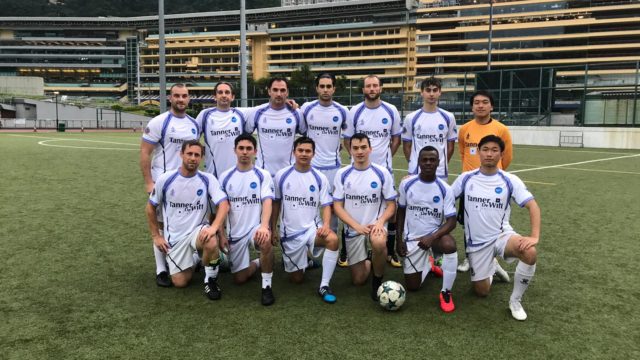 The first game of the 19-20 season didn’t go to plan for the reigning champions of the Legal League.

With a new look side thanks to some regular faces still away and some new DBFC recruits, DB started the game with a good tempo and controlling the game. The first 20mins DB looked to be cruising with possession being dominated accross the park and some great inter play between our central midfielders and wingers. LT and Roy were in a class of their own down the left and we should have had at least one goal stemming from some great lead up play from. Goodfellas continued to play the long ball in behind the DB defense and have there pacey wingers/strikers link up. After 20mins, this looked to have worked with Goodfellas finding the net, however DB were saved by a handball in the lead up. This seemed to have kicked Goodfellas in to gear and momentum quickly shifted to the men in Blue, with Goodfellas beginning to dominate the pace of the game towards the final 15 of the half. Another ball down the wing in behind the DB defense saw a cross whipped in to the striker who took a touch and slotted nearly in to the corner 1-0 Goodfellas.

The second half brought an up beat tempo from DB and the midfield began to dominate from the start. Thanos was getting some good service from Syd and Gabe and Ethan continued to cause headaches down the wing. The possession and constant pressing paid off, with Gabe latching on to a nice ball in the box, taking a neat touch and calmly slotting past the Goodfellas keeper for 1-1. Whilst DB seemed to have all the momentum, it was Goodfellas who quickly struck next and all from some very poor defending on a set piece. A high line allowed the free kick to be lobbed in to the back post where a virtually free header allowed Goodfellas to take the lead again 2-1. This goal seemed to deflate DB and whilst there were plenty of solid challenges and eagerness to play the more attractive football, DB couldn’t find that last pass or there groove. The final nail in the coffin came 10mins from full time when a simple long ball lead to a mix up with the DB centre back and keeper, allowing the Goodfellas striker to cruise past and tap in from point blank range. Whilst a loss is not the way we wanted to start the season, the team certainly have what it takes to win the comp again this year and the new recruits have only strengthened this side. Syd and LT take the owners of man of a match with both putting in solid and quality shifts.

A special mention to our new major sponsors – Tanner De Witt who will be supporting DBFC over the next 3 years. The New Jersey’s look great and it’s great to have you on board!