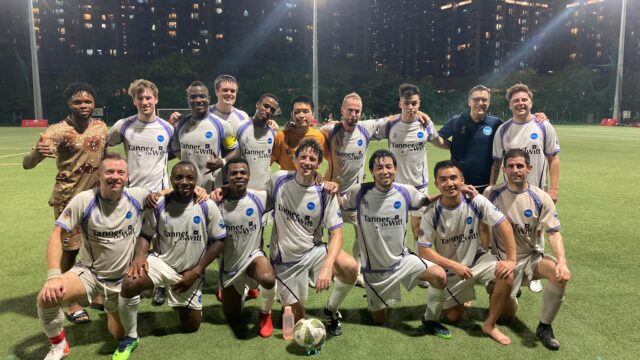 This was an important game, if Irish won they would be 2 points behind us, if we won, 8 ahead and most likely out of sight.
Game started well, with a lot of DB pressure, with Barry having a few chances on goal. Pressure eventually told and Barry scored one of his many chances, dribbling through on goal and sliding in. We had more pressure to go up, but in the end went in at 1-0.

Stevie Lang and Crommy can on into the midfield and the second half was much easier – scoring 3 goals but coming under a bit of pressure after the Irish got a goal that looked offside.
Good win in the end.