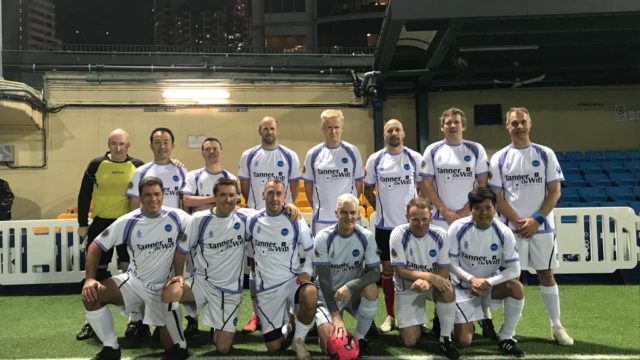 It was disappointing to lose this game given that, although 2-1 down after 60 minutes, we were well on top. We opted for a conservative 4-5-1 given that Dynamics generally get a lot of possession in central midfield. Unfortunately we lost Matija after 10 minutes with a blow to his jaw after colliding with Dino, replaced by Mike C. This seemed to put us on the defensive and we lost 2 quick goals – the first from a corner with their player heading in at the far post unchallenged; the second after Dynamics broke quickly after we lost possession in their half. Kieran McK got us back into the game with a good finish with the outside of his right foot after being put clear in the left channel. We went into HT 1-2 but optimistic that we could get back into the game, helped by the fact that we had 4 fresh subs on the bench. We had our best spell in the first 20 minutes of the second half with Kenny getting a lot of possession in CM and O’B in a slightly different LB role. We had plenty of chances with Kieran Mck, Bazz and Kieran C all hitting the cross-bar, and Dynamics sitting back much more than in the first half. It was therefore against the run of play that Dynamics scored twice in quick succession with about 15 minutes to go, leaving the 45s with 3 losses from 3 visits to HKFC this season.

MOM: Kieran Mck put in a real shift and, with a bit more luck, could have won us the game.