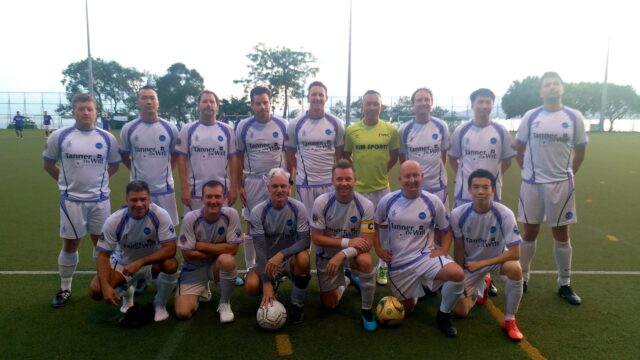 DBFC Vets came away from Stanley Ho Sports Centre in Pokfulam with a well deserved 2~0 win Kennedy Town FC courtesy of goals in the second half from new signings Kwai and San.
This victory was so much sweeter as it was the same opposition at the same ground last week that gave DBFC Vets a 7~0 thrashing. 4 new signings of youner vets (35 to 40), more focused attitudes and a willingness to stick to the game plan were key. 100% effort from everyone in the squad of 17.

A 100% effort in the pub afterwards with 14 players, the coach (Gazza)and two supporters (Thierry & ano) drinking beers till 11pm 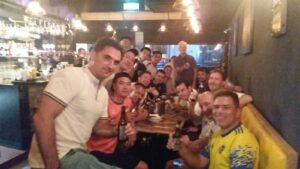